Somehow I still remember the password for this thing.

It’s been a while. I miss the writing, yet it seems there is never any time in this busy life to sit down and actually unravel the things in my brain.

There are a lot of things.  I feel like an update is due to give context, but that is not what my brain wants to talk about.

What does it want to talk about? I don’t know.

I can’t say that ever over the last 3 or 4 years since I last wrote that I was ever fixed (or ever wanted to stop writing, I miss this).

I am always tired. H wonders if it is the medication.  But without the meds the loop the looping is just as tiring. So I can’t win.

I just accept that this is the way it is.  And I think that is why I stopped writing.  What was the point of documenting the inside of my brain? I’d accepted it. The BPD life and me.  It was never going to be easy, this is how it is.  I resolved to use all of my experience to an advantage.  I had to stop letting it eat me up.

Over the last few years I have used everything to an advantage.

In the workplace I am an advocate for mental health.

In my profession, I am concerned that you’re not allowed to talk about “it” (read between the lines as “one’s mental health”) due to repercussions.

In my experience you’re not allowed to talk about “it” either because a) it makes people feel uncomfortable because they lack experience in mental health problems or b) the work place is dangerous and if you say you’re depressed/crazy/suffer poor mental health management crash down on top of you, either demanding that you “pull yourself together” (yes, one of my managers has said that) or get the fuck out of the building because they don’t trust you not to kill yourself on the premises and that will make the company look bad.  The management didn’t say the later in those exact words, but it was literally “go home you can’t be here”, despite the member of staff stating that the fact she didn’t want to be alive any more did not mean that she was going to kill herself ( a statement that you will only understand if you’ve been there – not wanting to be alive does not necessarily mean you are going to kill yourself).

I know employers have to be careful, but they also have the responsibility to take the time to understand the physical and mental health problems that their employees have to juggle along with a personal life and maintaining a full time job.

Rant over. Maybe.  I’ll let my brain wander a bit more to eject some of the words in there and sort it out into something linear.

Outside of work I have approximately 1 and a half friends. The half friend is one of H’s best friends girlfriend.  I think H is my best friend, but I don’t think he counts as he is also my boyfriend.

Inside of work the girls that I line manage are like my family and my friends.  Some of them are like sisters to me, some like daughters.  I am the mother hen and they are my chicks. I stand up for them and protect them as much as I can.  I stand up for what is right and have gotten pretty good at saying what is wrong, what is needed and pointing out what has been achieved, despite sometimes feeling frowned on that we have not achieved more when sometimes we are literally on our knees pushing to go on because we really do believe that the job we do is important.

Recently there has been a lot off illness in the workplace. In my humble opinion I think this is because of the stresses we are put under.

Our job is highly stressful.  Some of my close blog buddies know what I do and where I work, but I can’t go into more here as I cannot risk my role by speaking out and identifying myself. Either way, we deal with life and death every day, and this is stressful before you throw anything else in the mix.

We are often understaffed. I don’t even need to explain how stressful this is.   There is no-one to pick up the slack of the other jobs while we deal with life and death, so we inadvertently cause more work for ourselves later on picking up on the things that we have not done and staying behind to do them.  Many of us work through our lunch breaks and go home late. Every. Single. Day.

If we are not understaffed we are staffed with unqualified workers.  Again this is stressful as we do not have the time to adequately train the new staff because we need to catch up on the jobs that have been forgotten and do our own jobs too. Yes, on the surface it sounds like a problem with time management but I can assure you there are not enough hours in the day to do everything that is expected of us.  We have to add to our day training the next generation, plus checking all of their work to ensure that they aren’t going to be responsible for killing something.

The last one is possibly the biggest stress of mine. I am afraid that something is going to die, because of something someone did or didn’t do, by mistake.  And that will be the thing that finally kills me and I lose it all again.

Over the last few months I have been working on this anxiety day in, day out. I have to do everything in my power to ensure that nothing died on my watch and everything was perfect, often pushing my body and brain to its limits.  Some days I’d get home and go straight to bed for a few hours, quite and dark to sooth the noise in my brain.

Over the last few months I’ve approached many people about the staffing situation for it only to fall on deaf ears.

Since I accepted my mental health problem I’ve been pretty honest about it with people in the real world.  I don’t go around introducing myself as “Hello, I’m Sailor, I have BPD”, but I do not edit myself or my behaviours.  If people don’t like it they can get out of my life. I know it’s not very accepting but people either accept me as I am – sometimes depressed-can’t-leave-the-house or sometimes yay-lets-do-all-the-things-and-then-make-promises-I-can’t-keep. My family accept it, H accepts it, so does his best friend and girlfriend and my one actual friend. My team accept it too.  But then my team are pretty quirky as individuals.  These groups of people accept it and we laugh about it (obviously only when I’m in a good mood).

Due to my brain and the fact that we don’t talk about mental health enough I make sure I talk about it at work. My employers know.  One couldn’t give two shits and thinks it’s easy enough to pull yourself together, the other doesn’t believe in mental health problems but is more supportive. The other employers also don’t give a shit as long as things are done by the book.

Due to the staffing situation there are moments where it seems my team are dropping like flies. Some of the illnesses are with mental health problems but until recently people have phoned in with “a migraine” or “24 hour virus”. I’m guilty of this too.  It is still too easy to blame something physical rather than mental.  Even in this day and age people are more accepting if you’re chucking your guts up rather than feeling anxious. Both are crippling, but more people are going to have the experience of chucking their guts up rather than having a panic attack, so they simply do not understand how paralysing it is. 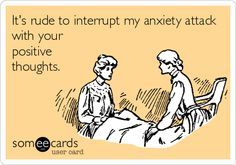 Recently I have made sure that when I log my sickness I am honest. I don’t have “migraines”, I think I’ve literally had only one in my life, but my sick records looks a lot more migrainey than it actually has been . I now log my sickness as stress or anxiety or depression if that is what the problem is. I am not ashamed of it, but I am scared that my capability will be questioned, despite actually being quite capable living with BPD and maintaining a full time job.

With my stressed out team I have tried to be supportive, and I think I have been. Two weeks ago it got to a point where I couldn’t be supportive anymore.  I was physically and mentally wrecked from caring too much.  I went to the doctor and got him to sign me off with depression and stress.  I know for a fact currently myself, my deputy and two others are off sick.  I can’t imagine how hard it is for those that are left behind.  I hope nothing has died.

In four days my sick note expires and then I have to face up to all of the things.

So what are the things?

Two weeks ago I was ready to quit my job, maybe even the profession.

I came to realise that I hate the place I work so much.

I have one boss who is pretty awesome, not an ass hole, and has my back.

I have the ability to influence and sometimes carry out miracles (OK not actual miracles, but pretty impressive stuff).

I have the most wonderful team, that even though half of us are physically damaged and the other half emotionally damaged, can also work miracles, are caring and wonderful and……. there are just not enough words to bestow what an amazing job they do.

I have colleagues that are as frustrated as I am with the whole situation.

I think I must also have hope that things will change one day.

But I’m glad I took this time out for me first, so I can go back to who I was before I was so stressed I didn’t know who I was any more.

I don’t think H will be happy. He hates the stress that work puts me under.  But when I tell him I’m going back I know he will be supportive.

5 Responses to Being Honest