Posted on October 9, 2019 by Hellosailor

I find it difficult to find the time to write.  That doesn’t mean I don’t want to, it’s just that there is always something else in the way. Then magically, once a year or something, there is a moment where everything stops and I can open the computer.  I could make more time, but its hard to balance pretending to be sane, my physical health, keeping a house tidy and a job. And then when I do find the time, the words don’t come as magically any more.  Maybe I’m just out of practice.

Since we last spoke not a lot has changed.  My mental health is still difficult, but somehow we keep it in the balance (I say we because some days there is still more than one person in my head, and H helps a lot too).  I have BPD, I still have all of the thoughts and feelings associated with it.  It is still tiring feeling like you’re everything and nothing almost simultaneously, as well as feeling nothing and everything at the same time.

The physical health got more difficult recently because my mental health got worse (apparently).  I had an unexplained pain in my stomach all the time.  It stopped me from eating and I lost, well, I won’t give you a number, I’ll just say a lot of weight.  Surprisingly the doctor didn’t fob me off with medication this time and I had a full work up, including bloods, ultrasound, x rays and finally a CT scan because they couldn’t find anything physically wrong.  It turns out the pain is all in my head (mentally, not physically). They think its all down to perpetual anxiety and stress.  I wouldn’t say I’m any more or less anxious in my life than I usually am, but it is always like riding a rollercoaster anyway. 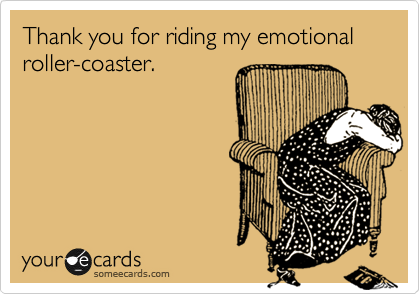 I’m simultaneously angry and relieved that the doctor didn’t find anything on any of the tests.  I’m mainly angry that my brain could do that to my body, and I let it (I sometimes think I am separate from my brain, because my brain can want something and I can want something else). So on I will go, back to a different psychologist and I will have to begin my story from the start. I will also visit a nutritionist so I can learn how to eat again.  I feel like I’m 14 years old again……. Fuck.

H thinks a lot of my physical and mental problems are the result of my current employers.  I think some of this could be true, but I don’t want it to be, which makes me think perhaps it is all true, and he is completely right, I just can’t see it yet.

The problem is, unless you do my job and work in my shoes, you’d never understand what it’s like.  It’s not all bad all of the time, but its hardly ever good either. It’s like spinning plates. Except the plates are on fire. And I’m on fire.  And so is everyone else.  But we aren’t supposed to be on fire. And only have one cup of water that gets refilled each day. And we are short staffed again because everyone’s physical and mental health is suffering, but we are still expected to spin the same amount of fire-plates as if the whole team was at work.  Gradually more and more of the building gets on fire until we all die, but the management is still demanding that we turn up for work even though we are dead.  The End. 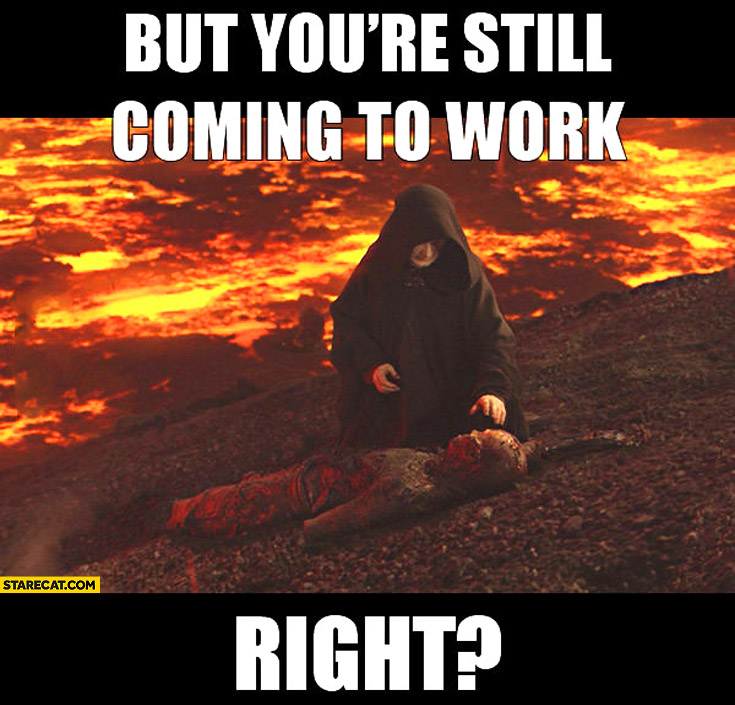 If I died they would replace me tomorrow.

I love what I do.  There are points in my life where it is all that I lived and breathed because I loved it, and it got me through some tough times knowing that I was needed somewhere else by someone else.  Recent changes have meant that I felt like I stopped loving it.  Only I really didn’t stop, it was just the poorly managed changes, which made me angry, which made me feel like I stopped loving it.  I considered a change in career, but I don’t think I’d ever be good at anything else, or have as much passion as what I do now.

I have an opportunity to continue what I’m doing, but in a different company.  H thinks it might bring the love back.  He’s been pestering me all week to apply for the position, but it’s making me anxious for a number of reasons.  I think he thinks it will fix everything, including my brain. And it probably will, for a bit.

But I think the “fire” scenario isn’t just a problem where I work, it’s a problem everywhere in this profession.  I belong to a lot of social media (urgh – I hate social media) groups of people working in the same profession suffering from similar mental and physical health conditions.  It is rife almost everywhere in this industry in the UK. But, from what I’ve read, being overworked and understaffed (not to mention underpaid, because most of us do this job for love not money) seems to play a big part in the effect of everyone suffering.  I can’t help thinking that if I move, I will be moving to the same scenario in a different place with different people.  Also change is bad.

Ultimately I need to decide what I want, but I don’t know. I’d kind of like to curl up into a ball and wait for it all to go away.  Or for someone else can decide for me.

Writer, painter, nurse. Borderline, Bipolar, awesome.
View all posts by Hellosailor →
This entry was posted in Uncategorized. Bookmark the permalink.
%d bloggers like this: